The two day iHeartRadio Festival kicked off with head-liners Elton John and Queen leading the way at the Las Vegas MGM Grand arena.

The iHeartRadio Music Festival hit the MGM Grand Garden for the 3rd consecutive year on Friday (Sept 20th) to kick-off the 2 day extravaganza. 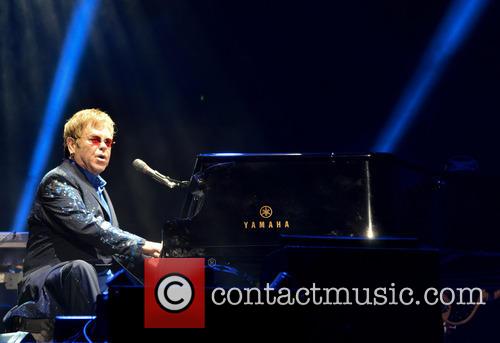 The action-packed first day saw performers such as Chris Brown, Katy Perry and Robin Thicke take to the stage, but the most anticipated performances came from British rock legends ‘Queen’ and another British pop culture icon Elton John.

Although neither Queen nor Elton John have a hit on the radio, they both rocked the MGM arena and earned the biggest cheers. According to abc news, the 66 year old received a standing ovation shortly after finishing his third song.

John, who had a five song set, managed to please the audience with a mix of new and old material, the Brit pop icon played songs such as ‘Tiny Dancer’ and ‘Bennie and the Jets’ but also played a song off his upcoming new album ‘Home Again’, even though it may have been unknown, the crowd responded to it like it was a classic.

American Idol star Adam Lambert, must have felt like a child on Christmas morning as he got to play a set with rock legends Queen. Lambert impressed the Vegas crowd by holding his own when performing songs classic hits ‘We Are the Champions’ and ‘Who Wants to Live Forever’. Pop rock trio ‘Fun’ also joined the stage with Queen performing ‘Somebody to Love’. 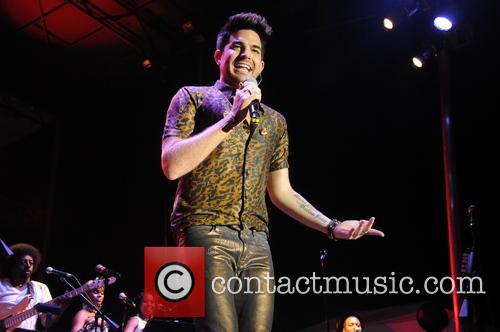 Other highlights was Robin Thicke’s wardrobe malfunction. In the middle of his performance of summer hit ‘Blurred Lines’ a button pooped right off the singer shirt exposing is torso, maybe the women in the audience didn’t mind but Thicke will be sure to wear clothes that actually fit next time.

The surprise act of the night was rapper J Cole who performed his well-known urban tracks ‘Work it Out’ and ‘Can’t Get Enough’ and was well aware that he may not be the most well known in the MGM Grand Friday night. According to the Huffington Post, J Cole addressed the crowd by saying “A lot of people in the building are like, ‘Who the (expletive) is this?’ and I’m cool with that.” 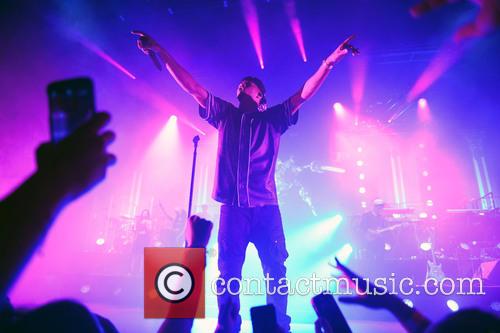 J Cole made a lasting impression on the MGM Grand audience

By the end of his performance every audience member won’t forget the North Carolina native, who will no doubt be a house hold name in the near future thanks to hip-hop superstar, Jay Z, taking him under his wing.

Saturdays show will have to be executed perfectly to top the festival’s opening day, but with a line-up that includes Justin Timberlake, Bruno Mars, Ke$ha, Maroon 5, Paul McCarthy plus many more will be just as entertaining, if not better.