Sir Elton John is teaming up again with 'Billy Elliot' writer Lee Hall to pen a new movie based on his ''crazy'' life. 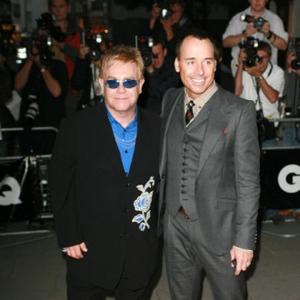 Sir Elton John is working on a movie of his "crazy" life.

The 'Crocodile Rock' hitmaker and partner David Furnish - who became fathers to son Zachary, who was born through a surrogate mother, on Christmas Day (25.12.10) - are teaming up with British screenwriter Lee Hall for the project, which the legendary entertainer promises will be "surreal".

He said: "I'd just like to make a really great film about my life story. We have a great script already by Lee Hall who wrote 'Billy Elliot'.

"Obviously, it's not going to be your normal, run of the mill film because my life has kind of been crazy. And I think it's important to do a kind of surrealistic take on my life."

Last summer, Lee revealed he was working with Elton on a different project - a new stage musical based on George Orwell's book 'Animal Farm', but admitted it would take a long time to complete.

He said: "I would think it's going to take about two years before it's all ready to go".

The writer also revealed that the 'Rocket Man' hitmaker prefers the lyrics to be written before he begins to work on the music.

He explained: "Having worked with him on 'Billy Elliot', I know that Elton likes to have the lyrics done and have them in front of him so I'll work on a batch before I give him anything to look at."

And the writer said he is "deep into it, writing songs for pigs and other four-legged friends."

'Animal Farm', an allegorical novel based on events in the Soviet Union tells the story of a piglet called Napoleon who destroys his opponents in a bid to control the old Manor Farm.