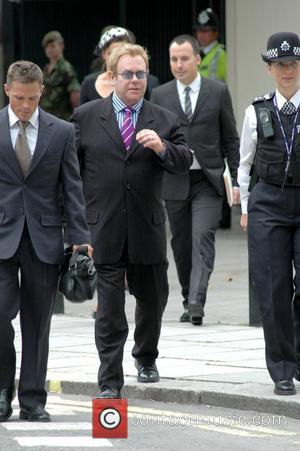 SIR Elton John is begging British pop sensation Robbie Williams to end his feud with former bandmate GARY BARLOW, branding their hostility petty. Take That recently reunited as a foursome for a sell-out UK tour following a 10-year hiatus and performed alongside a hologram of Williams, who refused to participate after quitting the band in 1995 to pursue a solo career. But pop legend John insists their feud is tired and should end immediately. He says, "I wish he'd drop the whole Gary Barlow thing. It's like, 'Robbie, just let it go, it doesn't matter.' "I'd like to sit down with Gary and Robbie and say, 'For f**k's sake, get rid of it, you don't need to go on about it any more.' "Get the monkey off your back."