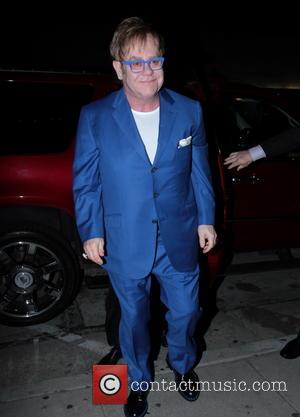 Sir Elton John is to be celebrated for his musical talents at the upcoming Songwriters Hall of Fame gala.

The Rocket Man hitmaker and his longterm collaborator Bernie Taupin will receive the Johnny Mercer Award during the prizegiving in New York City in June (13), in recognition of their body of work.

Songwriters Hall of Fame Chairman Jimmy Webb says, "Some catalogues are more 'deep' and significant than others not only because of their pertinence to the times in which they were written, but because their sheer mass is overpowering. It's just not that easy to write 40 Top 10 records. It's kind of like swimming the English Channel with your hands tied behind your back.

"Elton's readily identifiable melodic piano style has proven to be a perfect accompaniment to Bernie's razor sharp lyrics about relationships and living on the edge of life both in good and bad times."

Past recipients of the Johnny Mercer Award, in honour of the lyricist who co-founded the Songwriters Hall of Fame, include Stevie Wonder, Smokey Robinson and Billy Joel.