Sir Elton John In Talks To Star In 'Kingsman' Sequel

Details of his role are unclear, but it could be the first time that the 69 year old pop legend takes a character role in a movie.

Sir Elton John is reportedly set to make a move to the big screen, with new reports indicating that the pop legend is in talks to star in the forthcoming sequel to Kingsman alongside Taron Egerton.

The Hollywood Reporter suggests that the 69 year old singer could be lined up for a role in Matthew Vaughn’s sequel to the comic-book adaptation original, which became a hit at the end of 2014. However, it isn’t clear exactly what the role would be - i.e. whether he’d be playing a character or starring as himself. 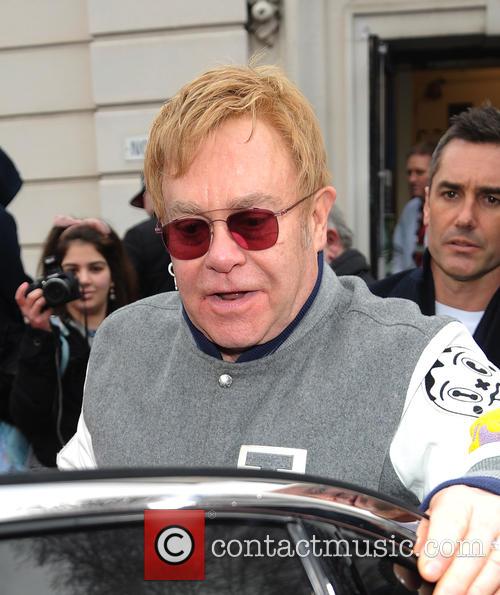 Is Sir Elton John heading for a cameo in the 'Kingsman' sequel?

He’d be a newcomer to the cast list alongside Halle Berry, whose involvement was rumoured in reports last month. She and Sir Elton would be alongside the returning Egerton in the lead role of rookie spy Gary ‘Eggsy’ Unwin.

Egerton himself has teased the return of his on-screen mentor Colin Firth despite his character Harry Hart’s apparent death at the end of the original, while Julianne Moore, Mark Strong and Pedro Pascal are also expected to feature again in Kingsman: The Golden Circle when it is released in June 2017.

Sir Elton isn’t particularly known for his acting skills, with five of his six previous movie roles all involving him appearing as himself. Only his non-speaking role as ‘The Pinball Wizard’ in The Who’s 1975 movie Tommy involved him getting into character.

Mark Millar, who wrote the original comic book ‘The Secret Service’, has reacted to the casting rumours by taking to Twitter to say merely: “Just when you thought life couldn’t get any more interesting…”

Earlier this month, it was reported that Sir Elton is also branching out into TV, with talks being held for him to appear as himself in an episode of the country music drama series ‘Nashville’ alongside Hayden Panettiere and Connie Britton.