Sir Elton resolved the dispute, which dated back to June 2008, just after his mother turned 90 recently.

Sir Elton John has finally ended a bitter feud with his mother Sheila, just a few days after she marked her 90th birthday.

The 68 year old musician, who released his new album Wonderful Crazy Night on Friday (February 5th), announced publicly the same day that he had settled the eight year bad blood between himself and his mother, Sheila Farebrother. 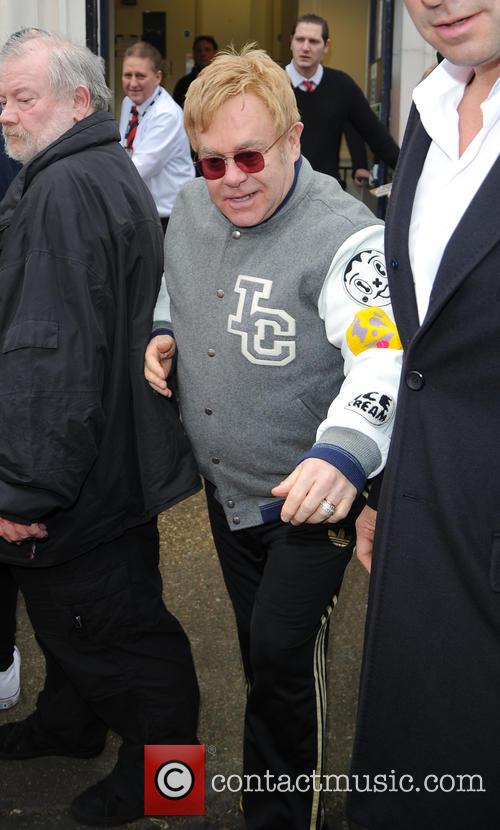 It’s believed to be Elton, who sent his mother a bouquet of white orchids to celebrate the milestone birthday, who made the first move to settle the ill feeling. “Wow, 90! Congratulations. Love Elton, David, Zachary and Elijah,” a note attached to the gift read, apparently the first correspondence they’d shared in seven years.

Furthermore, Elton is believed to have spent £30,000 to help his mother undergo a double hip replacement last month, another sign that they’d buried the hatchet after such a long time. Indeed, for her part, Sheila had apparently hired an Elton impersonator to perform for her guests at her 90th birthday recently, which her son did not attend.

The fall out apparently dates back to June 2008 and a telephone call between the pair, in which Elton demanded that Sheila cut all ties with two of her friends, who had both been fired from Elton’s team of managers and assistants.

Recently, Sir Elton also settled another long-running beef in his life, this with fellow pop icon Madonna. “I said something horrible about her that you should never say,” he said on this week’s episode of ‘The Graham Norton Show’.

“I was in a restaurant in the south of France a couple of years ago and she walked in so I sent her a note saying, ‘You’ll probably never speak to me again but I am really sorry and ashamed of myself and can I buy you dinner’. She was very gracious and accepted and we talked. We are fine – it was just me and my big mouth.”