Elton said the two fell out after Bowie called him ‘rock’n’roll’s token queen’.

They're two of the biggest icons of British music, but Elton John has revealed that he and David Bowie had not been ‘the best of friends’ for decades, after comments made by Bowie in an interview with Rolling Stone in the 70s. 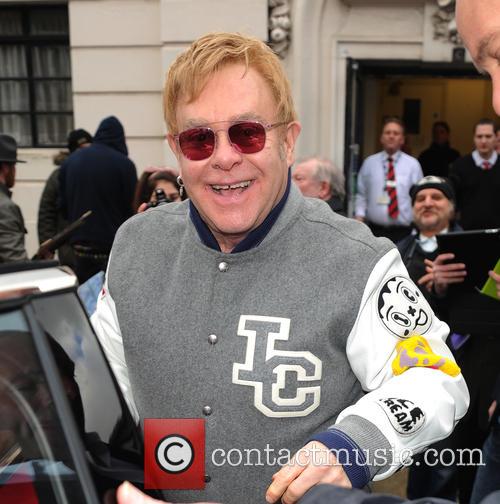 Elton John has revealed a 40 year feud with David Bowie.

Speaking to The Evening Standard Elton said: “David [Bowie] and I were not the best of friends towards the end. We started out being really good friends. We used to hang out together with Marc Bolan, going to gay clubs, but I think we just drifted apart.”

“He once called me “rock’n’roll’s token queen” in an interview with Rolling Stone, which I thought was a bit snooty. He wasn’t my cup of tea.” Elton then corrected himself and added, “no; I wasn’t his cup of tea.”

Describing how he heard the news of Bowie’s passing Elton said: “I was in Los Angeles, asleep. It was 3am and the phone rang. It was David [Furnish, Elton’s husband]. I immediately panicked, as when you get a phone call at three o’clock in the morning you think something is wrong.”

“I thought of the kids, something has happened to the kids. And David said, “I thought I better let you know, David Bowie has died.” And I was shocked… I couldn’t go back to sleep.” But despite their differences, Elton paid tribute to Bowie and the ‘dignified’ way in which he handled his death.

"The dignified way he handled his death, I mean, thank God," Elton said. "I knew he’d had a heart attack on stage in Berlin years ago, but not about the cancer. Everyone else take note of this: Bowie couldn’t have staged a better death. It was classy.”

Elton has just released his 32nd studio album Wonderful Crazy Night and admitted while he’s willing to take on the younger generation of artists in the charts, he will happily concede commercial defeat to Bowie.

“Well, I’m up against David Bowie, aren’t I?” Elton said. “The best thing to happen to your records is for you to die. Death is very popular. Obviously, no one wanted David to die, but it’s astonishing how many records he’s sold since — something like two million in two weeks. And that’s CDs.”