The singer says his husband has proved ‘unpopular’ after taking over his business affairs.

Elton John has said he’s nicknamed husband David Furnish ‘Yoko’ because he’s proven so unpopular after taking over the singer’s business affairs. Speaking to The Sun, Elton said David had "changed some assistants” since taking over, but while he’s been unpopular with some, record company Universal have never been happier. 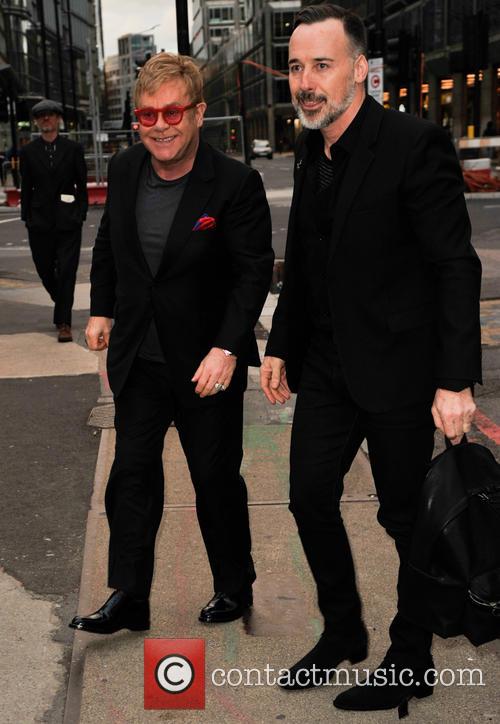 “I call him Yoko now because a lot of people don’t like what he’s doing,” Elton said. “David has taken over the complete reins. We’re a family business now and we’re trying to get rid of people we really don’t need.”

“We just changed some assistants,” he continued. “It’s very unfortunate and I’m very sad about it but we’re trying to run a tight ship. I want to have a business that I can pass on to my boys. Not that they’re going to be musicians but I wanted to make sure I’m going to leave them something really worthwhile.”

More: Elton John Confirms He Will Star In 'Kingsman: The Golden Circle'

“And when you do that, you’ve got to become unpopular. David is Mr Unpopular but he’s making the decisions that have to be made.” When asked how David felt about being ‘Mr Unpopular’ Elton added: “It gets him down but he’s strong.”

“He’s an amazing guy and the office is in the best shape it’s ever been. He went to a dinner recently and the head of Universal told him, ‘We’ve never been happier with Elton.’ In the past, my management would say, ‘We want more money.’ It was never, ‘What can we both do together?’ It was always a one-way street.”

Elton also revealed that he hopes to one day meet with Russian President Vladimir Putin and discuss gay rights. “I’m not going to go to Putin and say, ‘You’ve got to do this and you’ve got to do that.’ There’s no way! Because who the f*** am I?” he said.

“But I’m going to sit down, have a cup of tea with him and finally broach the subject of LGBT. We’ll probably talk about something else for a while but if I can help towards changing something I have to do it.”

“It doesn’t have to be about gay people. It’s anyone who’s having a hard time living under an awful regime,” he added. “I’ll do anything to help someone make their life better but I’m under no illusion that it’s going to be me who changes things.”