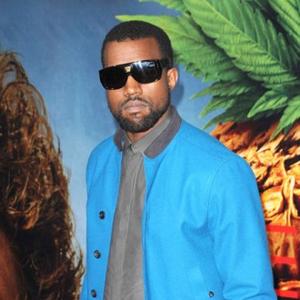 The legendary 'Rocket Man' singer said he is completely blown away by the 'Power' rapper's vision and ability to marry genres and hailed his last album, 'My Beautiful Dark Twisted Fantasy' a "masterpiece".

Elton, 63, told how he came to appear on the album's track 'All Of The Lights' playing piano and singing, saying to Rolling Stone magazine: "I ran into Kanye in Honolulu last January. He's a stone-cold genius. He's like Miles Davis meets Frank Zappa.

"He played us the track for 'All of the Lights and it was f***ing amazing. It's like, 'Wow, this is something else'. I mean, he sampled Bon Iver! That's his genius. His new album is a masterpiece."

Elton is one of a number of celebrities featured on the star-studded chorus of 'All Of The Lights', singing alongside Alicia Keys, John Legend, The-Dream, Fergie of Black Eyed Peas, Kid Cudi, Elly Jackson of La Roux and Rihanna, among others.

'All Of The Lights' is released on February 21 as single in the UK, while 'My Beautiful Dark Twisted Fantasy' is available now.