Sir Elton John - who was a close friend of Princess Diana - is thrilled her son Prince William has honoured his late mother in the naming of his new baby daughter. 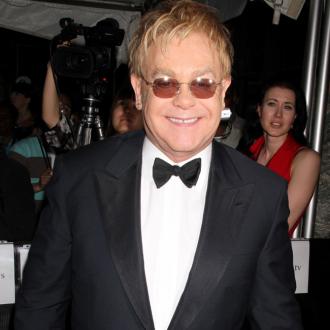 Sir Elton John is delighted Prince William has named his daughter after his mother.

The 67-year-old singer was close friends with Princess Diana, and sang a reworked version of 'Candle in the Wind' at her 1997 funeral, and wishes her son, his wife Duchess Catherine and their kids Prince George, 21 months, and Princess Charlotte - whose middle names are Elizabeth and Diana - the ''happiest life'' together.

He said: ''[William and Catherine] are lovely people, they've got a boy and a girl now and I'm just delighted that one of the names is Diana. And I hope that the little girl is healthy and they have the happiest life.''

Earlier this year, Elton - who has sons Zachary, four, and Elijah, two, with husband David Furnish - called for a boycott of Dolce & Gabbana after the designers branded children born through IVF ''synthetic'' and opposed gay adoption and he hopes they can resolve their dispute face-to-face.

In an interview with CNN, Elton said: ''To say any child who's not, who came to the world via IVF is not an act of love, try telling that to a mother who has tried for years to have children and suddenly has been able to have a child because of IVF.

''In the future I hope we can talk it out between us, offer an olive branch...I'm not ruling out talking to them, and sitting down, you know, talking to them.''