Sir Elton John and his partner David Furnish are reportedly planning to have a second child. 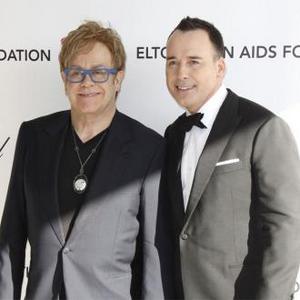 Sir Elton John is reportedly planning to have another baby.

The 'Rocket Man' singer and his partner David Furnish - who welcomed son Zachary by a surrogate on Christmas Day 2010 - are apparently hoping to give him a Little Brother or sister by the end of the year.

A source told the Daily Mirror: ''The Wheels are in motion. David and Elton have never hidden their desire to extend their family, and believe the time is right for another child.

''By the end of this year, or the beginning of next year, there will be a fourth member of the John-Furnish clan.

''They are incredibly excited and loving every minute of parenthood.''

Despite having both ''contributed'' to the process of Zach's conception, the couple has never found out which one of them is the biological father.

David previously told OK! magazine: ''For the time being we don't have a clue who the biological father is. We look at him every day and at the moment he has Elton's nose and my hands.

''Neither of us care. He's our child. The important thing is that he's healthy and happy and loved.''

But according to the Daily Mirror, they now plan to change all that to ensure the second child is fathered by the one who missed out last time.