Sir Elton John Was Among The Performers At A Memorial Service Dedicated To Influential Magazine Editor Ingrid Sischy. 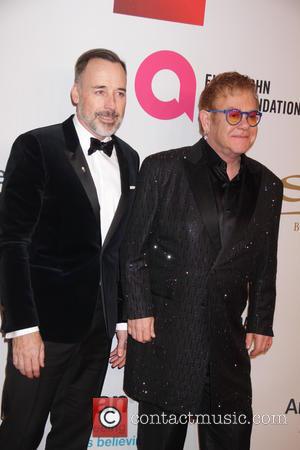 Ingrid, who worked at Interview, The New Yorker and Vanity Fair magazines throughout her career, passed away at the age of 63 in July (15) after a battle with breast cancer.

She was godmother to Sir Elton's son Elijah, and the superstar turned out to remember her at a special service in New York City on Sunday (01Nov15).

The Rocket Man singer performed during the event, held at The Museum Of Modern Art‎ (MoMA), along with K.D. Lang and Lou Reed's widow Laurie Anderson.

Baz read out a letter from Hollywood actress Nicole Kidman, who was unable to attend the event as she is currently in London starring in a West End show.

K.D. Lang sang Leonard Cohen's Hallelujah and it was an emotional moment for Sir Elton.

"There were 300 people weeping, you could hear Elton sobbing... he spoke to Ingrid every day," a source tells New York Post gossip column Page Six.