Will Elton John take the money?

Big week for Elton John – the legendary singer offered Lady GaGa – a close friend of his – the chance to be godmother to his son, Elijah, and he was offered £1m to play at millionaire socialite Tamara Ecclestone’s wedding.

"She's a great role model, she's young, [and] she's been a great godmother to Zachary," John told Extra, as reported by Us Weekly regarding his choice of godmother. "We're all bonkers in this business, but we're human beings at the same time." Added his husband David Furnish: "You learn so much about yourself and about life by seeing children." He’s been less vocal about the alleged £1m offer to play Ecclestone’s wedding. Last night a spokesman for Sir Elton declined to comment on the offer. A source said: “At this point in time there is no agreement. Elton is looking at the dates, but at the moment he’s not sure they will work. No contract has been signed yet. For £1 million plus expenses he can do anything from an hour-and- a-half down to four songs and Happy Birthday. Often you don’t do these things with the whole band. It’s a young crowd, so they’ll want something different.”

Given Ecclestone’s reputation as a spoilt brat, intent on spending as much money as possible on lavish nights out, John might want to steer clear of any association with the socialite. Then again, money talks, and £1m is loads of money. 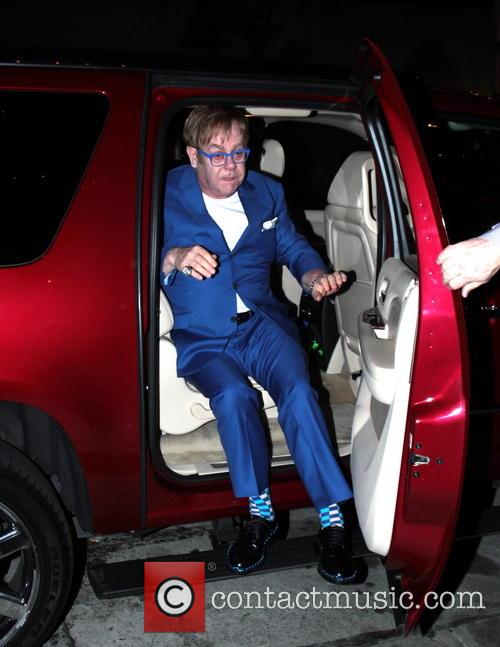