John vehemently denies the allegations, which his lawyers describe as "patently untrue" and an "abuse of the legal system".

Sir Elton John’s legal representatives have strongly denied the claims of sexual harassment made against the singer by a former security guard, slamming the allegations as “patently untrue”.

Jeffrey Wenninger, who used to work for the Los Angeles Police Department and worked off-duty on Sir Elton’s security detail until September 2014, has reportedly filed a lawsuit against the 69 year old pop legend alleging sexual harassment and battery, following repeated instances of groping and inappropriate behaviour. 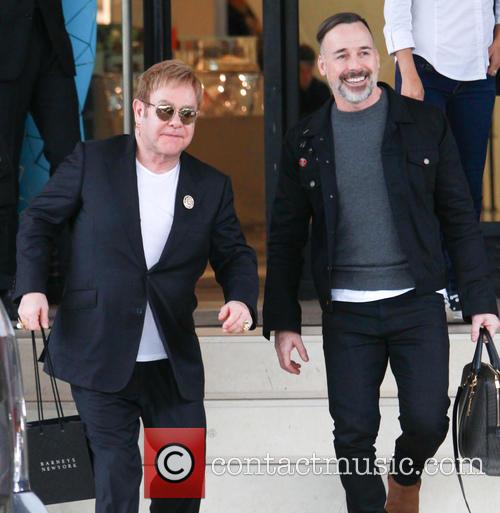 Sir Elton John with his husband David Furnish in 2015

A query for response from Sir Elton by People magazine on Tuesday (March 29th) returned the following statement from his U.S. legal representative Orin Snyder, who runs the singer’s Rocket Entertainment Group.

“This baseless lawsuit is brought by a disgruntled former security officer seeking to extract an undeserved payment. These claims are patently untrue and contradicted by numerous previous statements made by this plaintiff. We will not give into his latest abuse of the legal system.”

TMZ reported about the content of the lawsuit, which apparently states that John “put his hands in Wenninger's pants” and “attempted to grab his genitals and put his fingers between Wenninger's butt cheeks”. On another occasion, John is alleged to have twisted the complainant's nipples whilst saying “You gorgeous thing, you”.

Wenninger is also suing the private company through which he was working at the time of the alleged incidents. His attorney, Marla A. Brown, refused to address why her client would still be seeking work if what he says is true.

The bizarre allegations come as John prepares for a short residency at Las Vegas’ The Colosseum at Caesars Palace, having released a new studio album Wonderful Crazy Night last month.