Elton called stewards who were trying to make fans sit down during Leicester gig as "pr***s", and threatened to storm off the stage.

Sir Elton John launched into an expletive-laden rant at security guards at his concert in Leicester this weekend, threatening to walk off stage when personnel started preventing fans from getting out of their seats and dancing.

The veteran star was performing in front of 17,000 fans at Leicestershire County Cricket Ground on Saturday night (June 11th). However, concert-goers observed Elton becoming agitated at what was going on in the front row, as stewards started instructing fans to sit down when they began standing up to dance. 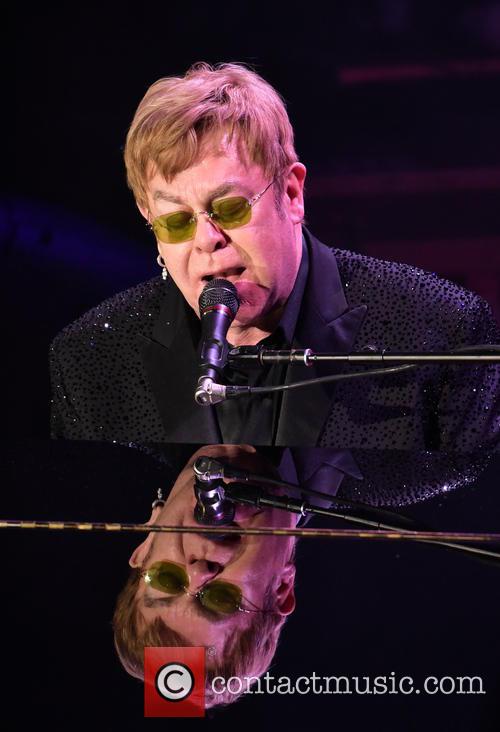 “Security guards, sit down or I’m not going to do the rest of the concert and you’ll end up in f***ing trouble,” he said, interrupting his show to glower at the security staff for several minutes and threatening to walk off stage. “Now sit down you pr***s,” he allegedly said.

After a set pockmarked with interruptions, many fans were also disappointed at how early the show finished. The gig’s advertised finishing time was 10:15pm, but Elton’s last song apparently finished a full 40 minutes before that.

One attendee, Simon Herne, spoke to the Mirror about his experience, which he said was slightly marred by John’s altercations with the stewards – which happened on more than one occasion.

“The whole concert was chaotic… when it started at 7.30pm the music was fantastic but he was clearly infuriated by whatever was going on right down the front. He stormed off twice during the set and in the end the whole thing finished at 9.35pm, far earlier than advertised. He didn’t say goodbye, there was no encore, he just stormed off and that was it. It was a shame, clearly there was something going on with the security guards that really annoyed him.”

On Sunday evening, a spokesperson for the 69 year old star said: “Elton played a full set of well over two hours. He came onstage earlier than normal so that’s why it finished when it did. He did ask a few of the security people to relax and let the audience stand up and dance if they wanted to.”

Elton is currently in the middle of a 65-date world tour in support of his newest album, Wonderful Crazy Night.

More: Elton John confirms he will star in ‘Kingsman 2: The Golden Circle’