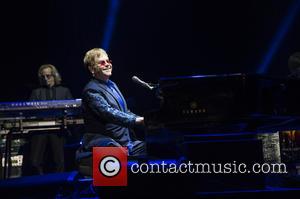 Elton John and John Lennon once hid from pop art icon Andy Warhol in a New York hotel room because they feared he would expose them as cocaine fiends.

The Rocket Man became great friends with Lennon towards the end of the former Beatle's life and they spent a lot of time getting high, but there's one hotel party Elton can remember when the two rockers ignored a visiting Warhol.

He tells Rolling Stone, "I can remember being stoned out of our mind on coke at the Sherry-Netherland hotel, and at two in the morning, there would be a knock on the door... It took me five minutes to get to get the door because I was so paranoid, but it was Andy f**king Warhol.