Two Russian TV presenters have confessed that they pretended to be the Russian president and his press secretary while speaking to Sir Elton about LGBT rights in the country.

Sir Elton John is insistent that he’s “happy” to have been the subject of a prank phone call from a pair of Russian TV presenters pretending to be Vladimir Putin, saying that the “unfortunate” incident may end up highlighting gay discrimination.

Earlier this week, TV presenters Vladimir Krasnov and Alexei Stolyarov, who are known by the nicknames ‘Vova and Lexus’ in Russia, rang up Sir Elton, who is vocal in his support for the LGBT community, and apparently led him to believe that he was talking to the Russian president and his press secretary Dmitry Peskov. A brief clip of the conversation was also released, in which Sir Elton is heard to say that a meeting with Putin in November would be “fantastic”.

The pair have stated to Russian entertainment website MSK that the full 11-minute conversation will be aired tonight (September 17th) via the state-backed channel on which they present. They seem to have gotten the inspiration for the prank after Sir Elton told the BBC over the weekend that he wanted to sit down and discuss the issue of gay rights with the Russian President, having attended a conference in Ukraine. 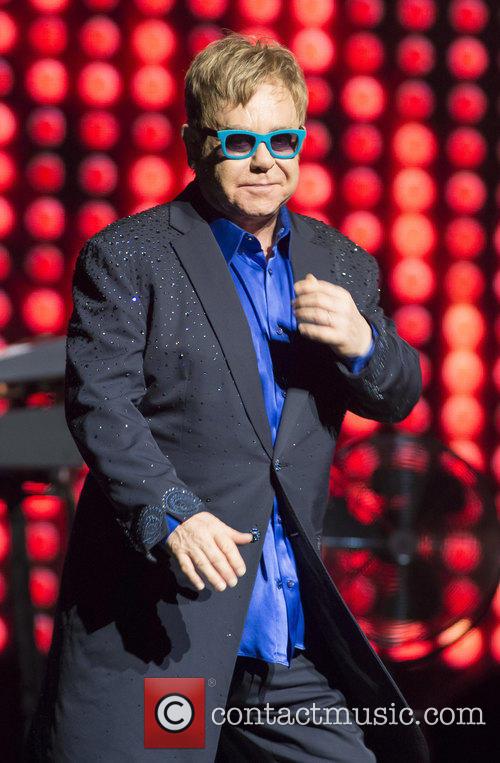 “We think that Putin is unlikely to want at least in the near future to meet with him and to call, but it turned out that Elton John is waiting for that call, so immediately believed in the reality of a conversation with the people that we represent. He said, ‘Thank you. You made my day. This day, and the conversation was the most wonderful and beautiful in my life’.”

Sir Elton told his Instagram followers, just hours after the snippet was released by the duo, that he wasn’t too annoyed by the incident.

He wrote: “Pranks are funny. Homophobia, however is never funny. I love Russia and my offer to talk to President Putin about LGBT rights still stands. I will always stand up for those that are being degraded and discriminated against. If this unfortunate incident has helped push this vital issue back into the spotlight, then I am happy to be pranked on this occasion.”

The revelation brings to an end a number of days of confusion as to what really happened. Sir Elton posted a picture of Putin on his Instagram account on Tuesday (September 15th) and revealed that the Russian President had called him to discuss gay rights in that country (virtually non-existent at the moment).

Thank-you to President Vladimir Putin for reaching out and speaking via telephone with me today. I look to forward to meeting with you face-to-face to discuss LGBT equality in Russia. @president_vladimir_putin @ejaf #lgbt #lgbtrights #ShareTheLove

“Thank-you to President Vladimir Putin for reaching out and speaking via telephone with me today” he had written in the caption of his initial picture. “I look to forward to meeting with you face-to-face to discuss LGBT equality in Russia.” However, the Kremlin subsequently denied all knowledge of the conversation.

Russia passed a law in 2013 banning “homosexual propaganda” directed at children, sparking an international outcry ahead of the Winter Olympics the following year. The country has also banned same-sex marriages and opposes equal rights for homosexuals.

More: Heart-shaped sunglasses that belonged to Sir Elton John stolen from US museum