Sir Elton John has revealed he once had sex with a KGB spy on a hotel roof during a trip to the Soviet Union in 1979. 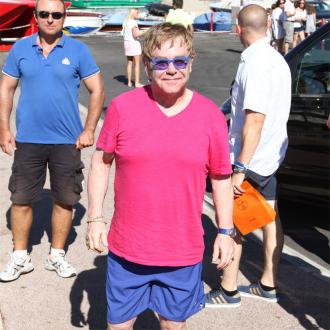 Sir Elton John once had sex with a KGB spy on a hotel roof.

The 66-year-old singer admits he got intimate with the agent, who worked for the Russian security agency, in a bid to compromise him because he claims the country's secret police planted the guy in his entourage to ensure his every move was watched while he was in the Soviet Union.

''I had an interpreter that they'd clearly set up. I ended up having sex with him on the hotel roof.''

Elton - who is openly gay and has two children, Zachary, two, and eight-month-old boy Elijah, with his partner David Furnish - is heading to Russia in December to lend his support to the nation's homosexual citizens protesting against the country's anti-gay laws, but admits he will have to be careful what he says during his time there.

He added to The Observer newspaper: ''I'm supposed to be going to Moscow in December. I've got to go. And I've got to think about what I'm going to say very carefully.

''There's two avenues of thought: do you stop everyone going, ban all the artists coming in from Russia?

''But then you're really leaving the men and women who are gay and suffering under the anti-gay laws in an isolated situation.

''As a gay man, I can't leave those people on their own without going over there and supporting them. I don't know what's going to happen, but I've got to go.''