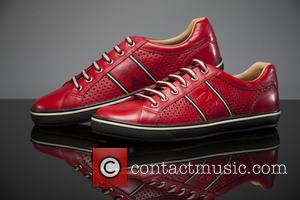 Sir Elton John once presented R&B icon Patti Labelle with a diamond ring as a thank you for feeding him when he was a struggling musician.

The Lady Marmalade hitmaker befriended Elton in the mid-1960s when she used to perform with her band The Bluebelles at nightclubs in London, where the rocker - then known by his real name Reginald Dwight - was working as a musician with the backing group Bluesology.

They would unwind after shows by playing card games for money, but the men were no match for LaBelle and her bandmates Sarah Dash and Nona Hendryx, and the ladies would often clean up - leaving the guys broke.

LaBelle took it upon herself to cook up feasts for their financially-strapped pals and send them home with leftovers, and after hitting the big time as Elton John, Dwight decided to show his gratitude to his good friend by presenting her with a big rock - and she still treasures it to this day.

She explains, "They had no money so I would make food at my flat (apartment), invite them all over and feed them. Elton took my Tupperware (food storage container) back in the day... but he replaced my Tupperware by giving me a big diamond ring that I have at home. It's there and it's beautiful."