Sir Elton John's mother only found out he had a son after reading it in the newspaper and has never met either of his kids. 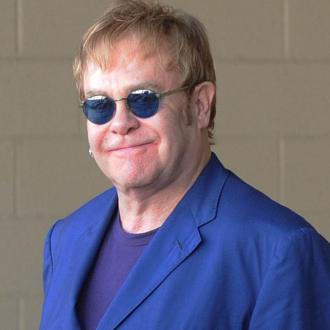 Sir Elton John's mother only found out he had a son after reading it in the newspaper.

Sheila Farebrother hasn't spoken to her famous son for seven years and not only has she never met Zachary, four, and two-year-old Elijah - his kids with husband David Furnish - she doesn't think there is any ''point'' in her being introduced to the boys as it would only confuse them.

She said: ''I was never even told that he intended to have a child by a surrogate mother.

''When I found out it did surprise me. I didn't know he had a son until I read it in the newspapers.

''That little boy's four now. He's not seen me, he doesn't know I exist. What's the point? It wouldn't be normal. It wouldn't be like an old grandma with the kids, where you could take the kids out.

''They're with nannies all the time and it doesn't matter what I said, it wouldn't be right.

''If I saw a kid misbehaving, I'd say: 'Don't do that'. But I'm sure I wouldn't be allowed to say that to them. No point me meeting them and perhaps adding to any confusion.''

Despite their life of luxury, Sheila feels sorry for the boys because she believes they are raised by staff rather than their parents and she is concerned that, at 68, Elton is too old to be a father to such young children.

She said: ''He might say they've got a good life, but they haven't got a normal life when they're living with nannies.

''And they haven't got a proper gran either, have they?

''Elton is 68, two years off 70. I was just 22 when I had Elton, so we were young together. That's the thing I am concerned about. Because the kids are not going to have it like he had it.''

And Sheila went on to suggest the 'Rocket Man' hitmaker - who continues to support his mother financially though they don't speak - and his husband use the boys for publicity.

She told the Daily Mail newspaper: ''We spent our life not talking to anybody and I have never spoken to the press until now. I had no desire to.

''Now, Elton and David Furnish are on Facebook and Instagram with the kids there, too. They're everywhere, telling about their lives to everybody. So where is the security now? It all seems to be about publicity.''