To celebrate his 74th birthday, we look at some of Elton John's most legendary numbers. Meanwhile, he has unveiled a few rare numbers of his own which are now on digital format for the first time: Scarecrow, Holiday Inn, Keep It a Mystery, Smokestack Children, Two of a Kind and Conquer the Sun.

Do they match up to the splendour of some of his more notable songs? 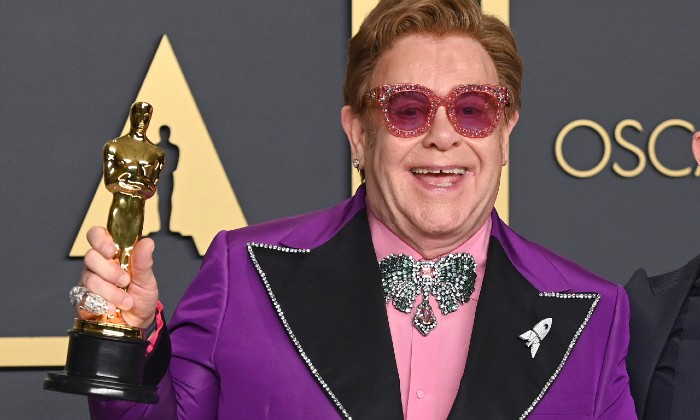 This empowering number featured on his 1983 album Too Low for Zero. Ironically, given the title of the song, during the course of filming the video for the track, Elton got drunk on martinis with Duran Duran and trashed his apartment. Probably one of our favourite ever Elton stories.

This song is so iconic that Elton performed it at the launch of Space Shuttle Discovery in 1998, as well as a medley with Space Oddity in tribute to David Bowie following his death in January 2016. Taken from his 1972 album Honky Château, naturally it became the title of the 2019 award-winning biopic starring Taron Egerton and Jamie Bell.

Possibly one of Elton John's more timeless songs, it has been most popularly covered by Ellie Goulding, Rod Stewart and Lady Gaga in recent years, as well as Ewan McGregor in the 2001 musical film Moulin Rouge! - the latter was an amended version which was later recorded by John Barrowman. Taron Egerton also performed it in Elton John biopic Rocket Man. Interestingly, it was initially released by the band Three Dog Night in 1970, but they let John go on to record it as a single.

A number one hit in both the UK and the US, this collaboration with Kiki Dee is a karaoke standard. Originally released in 1976, John re-recorded a popular version with drag queen RuPaul in 1994.

Released in 1972 ahead of his album Don't Shoot Me I'm Only the Piano Player, this nostalgic rock 'n' roll number has been criticised in the past for being derivative as it's so heavily influenced by early rock music. But that was fully the intention of Elton John with this record; after all, you can't write nostalgia without referencing the music of the past.

6. Candle in the Wind

Originally written in honour of Marilyn Monroe, Candle in the Wind is perhaps more well known for its associations with Diana Spencer, Princess of Wales. Elton performed a new version at her funeral 1997, and it's perhaps one of the most emotional odes ever written.

The best known version of this iconic single was a live duet with George Michael. The pair first performed Don't Let the Sun Go Down on Me in 1985 at Live Aid, and it went on to be recorded in 1991. But the initial version featured on John's eighth studio album Caribou in 1974.

8. Sorry Seems To Be The Hardest Word

Another seminal number from the 70s (most certainly Elton's most prolific decade), the heartbreaking love ballad Sorry Seems To Be The Hardest Word appeared on 1976's Blue Moves. Speaking of "Blue", the early 2000s boy band of that same name recorded their own version for their 2002 album One Love.

9. Are You Ready For Love

A rare hit not to be co-written by Bernie Taupin, Are You Ready For Love was written by Leroy Bell, Thom Bell and Casey James for the 1979 EP The Thom Bell Sessions. It was famously covered by The Spinners which brought it a bigger US crowd.

10. Can You Feel the Love Tonight

Between this and Circle of Life, Elton John certainly made the soundtrack of 1994's Disney classic The Lion King one of the greatest in movie history. It went on to win the Academy Award for Best Original Song as well as the Grammy Award for Best Male Pop Vocal Performance.