After a director of the fashion house resigned earlier this week, Domenico Dolce and Stefano Gabbana sought to clear the air over the controversial IVF comments.

Italian fashion designers Domenico Dolce and Stefano Gabbana have sought to defuse the uproar over their comments about children born through IVF by saying they respect how all people choose to live their lives.

Comments made by Dolce in the Italian magazine Panorama last week, describing IVF babies as “chemistry children” and “synthetic children”, exploded in a celebrity feud on social media over the weekend, resulting in a boycott of the fashion house’s products led by Sir Elton John. 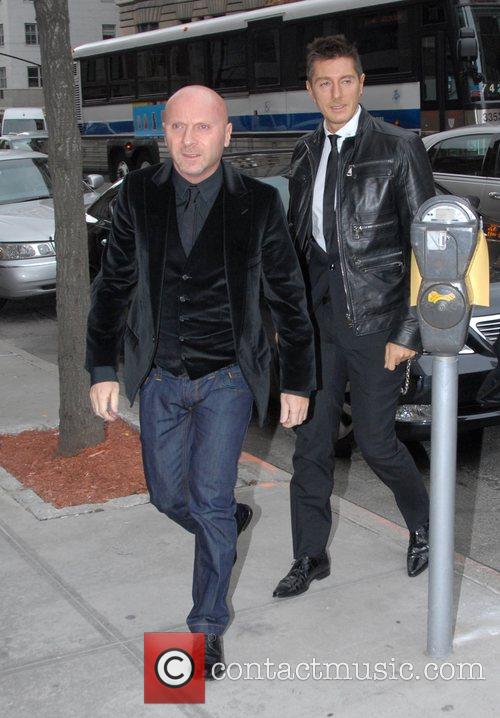 Dolce & Gabbana defended and clarified their comments to CNN

Dolce defended himself in an interview with CNN on Wednesday (March 18th), saying that his opinion was simply personal and derived from his traditional Sicilian upbringing. “I believe in the traditional family,” he said. “It is impossible to change my culture for something different. It's me - I respect all the world, all the culture.”

However, while they said that their message was one of tolerance and that they might have chosen their use of words better with hindsight, they also used the interview to criticise Elton’s boycott as “medieval”, and that their differences of opinion ought to be respected.

“Boycott Dolce & Gabbana for what?”, Gabbana said, admitting that he was surprised at the scale of the social media backlash. “They don't think like you? This is correct? This is not correct. We are in 2015. This is like medieval. It's not correct.”

Sir Elton, whose two children with David Furnish were conceived via IVF, had initially reacted on Sunday through his Instagram page, raging: “How dare you refer to my beautiful children as 'synthetic’. Your archaic thinking is out of step with the times, just like your fashions. I shall never wear Dolce and Gabbana ever again.” Celebrities such as Victoria Beckham and ‘Glee’ creator Ryan Murphy later added their support for the boycott.

Dolce’s initial comments seemed surprising and hypocritical to many, coming as they did from one half of a gay couple that had been romantically involved in 2005. Though they ended their personal relationship, the pair continued to work together professionally.