Elsie's debut single, The Assassin (Bang Bang), will be released on February 5th, 2012, through Big Print. It's taken from her upcoming, as yet untitled debut album, which will be released in late Spring 2012.

The black and white video for The Assassin (Bang Bang) sees Elsie mix an Adidas tracksuit with killer heels, joined by three girls with unusual talents: a bodybuilder, who started out three months prior to shooting the video; a self-taught break dancer and a martial arts enthusiast who can kill with her bare hands.

Elsie started out under her real name, Laura Critchley, with her album, Sometimes I, being released in 2007 and gaining support from radio DJ and TV personality Terry Wogan. The album spawned four singles. She has also toured with the Sugababes; Boyzone and Ray Quinn.

Talking about The Assassin (Bang Bang) Elsie says, "I wrote it after getting tired of hearing stories about this new breed of women who have no problem pulling men they know are taken. The newspapers were full of nightclub girls sleeping with married footballers, sportsmen and politicians. And it goes on in clubs up and down the country in real life as well. I'm no prude and I'm not scared to dress up a bit myself, so it's not like I'm judging them for what they wear, I'm just speaking out about how unacceptable it is to crack on to a taken man." 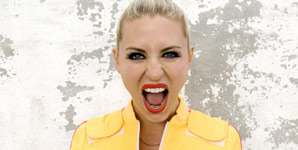