The Spanish actress recently dished on being the wife of the world's sexiest man, revealing he is a good cook!

Elsa Pataky is lucky enough to be married to the reigning sexiest man alive, Chris Hemsworth, but the mother of three doesn't really think about how attractive her hubby is, for her "sexy is the inside of someone." 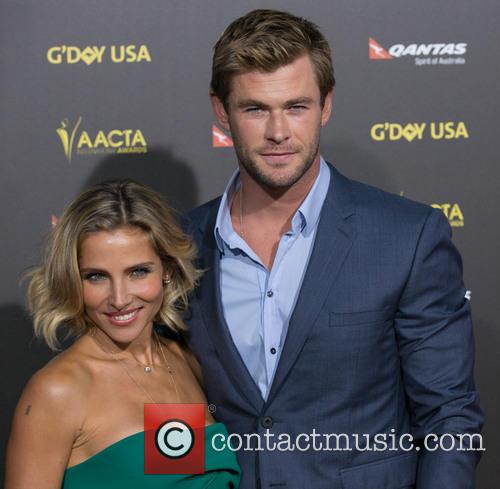 Elsa recently ddished on being married to the world's sexiest man

While speaking with Women's Health U.K., the Spanish actress opened up about being married to the Aussi star, how they always support each other and also talked about how keeping fit is very important to her.

"Chris is a really good cook," she told the mag. "Often, I'll put the kids to bed and he'll cook. He does really good meat and fish, amazing salads. And soups! When we're in London [when Chris was filming Rush in 2012], he had to lose weight and every night it'd be a new vegetable soup-he's really good at it!"

Although being married to the world's sexiest man is a positive thing, Pataky will never let the title get to the 'Thor' actor's head.

"It's funny when it's your husband. For me, sexy is the inside of someone," she said. "Of course I think he's beautiful and fit, but I will never tell him that because he will get too, how do you say, 'cocky'? He'll be like, 'What do you think of that?' And I'll say, 'Well, I've been the sexiest woman in Spain for a lot of years.' It's all just a joke, though."

The 'Fast & Furious 6' actress also revealed that she and Hemsworth enjoy living a healthy lifestyle and try to keep fit together, but one some occasions they do get rather competitive.

"When he was training for Thor, he came home with this body fat measurer-you know, where you clip the parts where you accumulate fat?" she explained. "So it became a competition between us. If I had some far somewhere I'd be like, 'Grr, I'm working that part.' It's fun, it's just like a challenge, for no other reason than I like to challenge myself."

Elsa Pataky and Luke Bracey to star in Interceptor

Rescue mission: Elsa Pataky was stuck in her car after driving across a flooded road