Ellie Goulding was too nervous to meet Fun singer

Ellie Goulding was overcome with shyness when she first met Fun frontman Nate Ruess, who co-wrote her new single. 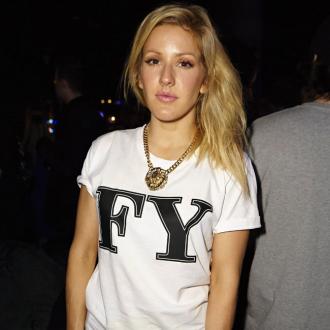 The 'I Need Your Love' singer was too nervous to approach the star, who co-wrote her new single, when she first walked past him in a hotel lobby.

She told MTV News: ''We did a tour together in Australia, the Future of Music Your, myself, Fun, Azealia Banks and a few other artists.

She said: ''We hung out and instantly hit it off. I think he's an amazing songwriter, and I love the way he writes lyrics.

''We went running and then we decided we wanted to write together. We realised we had very similar taste in music, and we just wanted to do something, we didn't care what it was.''

The 27-year-old star also teased fans saying she has covered a James Blake song and claims it's a ''chilled'' version of the original.

She added: ''I love his new record, I've always loved him. I think he's incredibly talented ... so I thought I'd give him a little nod and cover one of his songs.

''It's kind of a chilled version - the song itself is pretty chilled anyway - so I'll perform it [live]. It depends on what that reaction is, we'll see. You know what I do, I just put them out there.''