The 29 year old British star is hooking up with Harris for a third collaboration, due later in 2016.

On the day she announces a brand new collaboration with her some-time musical partner-in-crime Calvin Harris, Ellie Goulding has given a new interview in which she’s tried to clear up a few misconceptions the public have about her – mostly, that she’s boring.

She and Harris revealed a new song is set to drop in the summer, which has been recorded but not yet given a title. The two have collaborated twice before, on 2012’s ‘I Need Your Love’ and 2014’s ‘Outside’, which between them have over one billion Vevo hits. 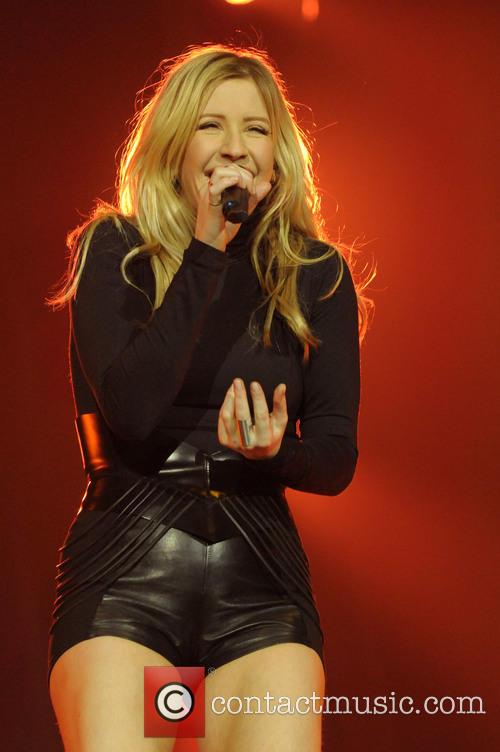 Ellie Goulding is fed up of everybody calling her boring

In her new interview with The Guardian, she expressed frustration at how many people dismiss her as being bland. “I’m not boring. I mean, I care a lot about things like the environment and homelessness, but I can’t pretend to be someone I’m not just to make certain people think I’m interesting.”

Recently she broke up with her long-term boyfriend Dougie Poynter, the bassist from McFly, and she was also asked about the fall-out from that split. “I’m fine,” she brushed off. “I’m not fantastic, but I’m fine. I mean, I broke up with my boyfriend, that was shit. But, if I’m really honest with myself, I do feel surprisingly OK.”

Goulding, 29, also spoke about her short, unexplained absence that meant a proper video wasn’t released for recent single ‘Something In The Way You Move’. “If I’d done the video, I don’t even know if I’d be well enough to be on this tour,” she says about the mystery illness that laid her low for a while a few months ago. “It’s no joke – I was very poorly. I don’t think I’m going to quit. I just feel I need to go away for a bit.”

She also revealed that Noel Gallagher is secretly a big fan of her music, but that the Oasis songwriter also told her “don’t f*****’ tell anyone.’ So he’s lying. He does like my music. He told me himself. I might seem boring to some people, but first of all I can fight really well – I mean, I could probably take you right now – and if the epitome of supposed rock’n’roll is playing guitar, then I do play guitar. And I play guitar very f****** well. So there.”