Ellie Goulding Is The New Face Of MAC Cosmetics

Ellie Goulding is the new face of MAC cosmetics and has helped design her own range which will be available later on this year.

Ellie Goulding has announced she has been working with MAC on her own cosmetics range. The singer shared the news – and a couple of preview pictures – on Instagram on Thursday (4th June). In the pictures, Goulding has a slight 70s vibe with her hair billowing from her face in loose curls and her hands planted firmly on her hips. 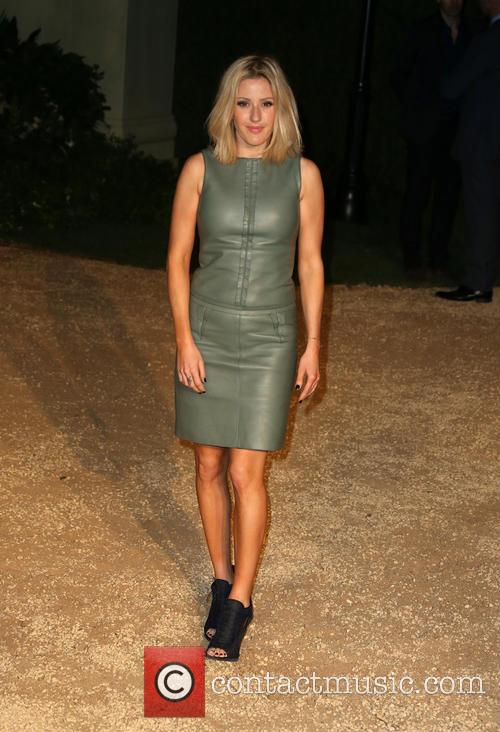 Ellie Goulding is the latest celebrity to represent MAC.

Read More: Ellie Goulding Denies Ever Being In A Relationship With Ed Sheeran.

"Oi oi SO excited to finally share what I’ve been working on with @MACcosmetics!!! #MACEllieGoulding drops in Dec/Jan!,” Goulding captioned one picture.

Goulding also shared a picture of her some of product range which includes a blusher/bronzer duo, lashes, a rose lip pencil, an eye colour quad and a gold coloured lip gloss.

The 28-year-old British singer joins the likes of Rihanna, Nicki Minaj and Lady Gaga who have previously acted as ambassadors for MAC.

Oi oi SO excited to finally share what I've been working on with @MACcosmetics!!! #MACEllieGoulding drops in Dec/Jan!

In other Goulding news, the singer revealed she was responsible for setting her gal-pal Taylor Swift and Calvin Harris up. Swift and Harris were first rumoured to be dating in February of this year and the couple have since been spotted on numerous occasions looking pretty cosy. Goulding claimed, as E! reports, her main concern in setting the pair up was their heights! Swift is around 5’10 and Harris is 6’5 – both pretty tall!

"I did play matchmaker, that's true," Goulding revealed. "Calvin is a really great mate and he's so fantastic, and Taylor is such a cool person who I love. I thought, ‘They're both really awesome and both really tall, they'll be brilliant together.'"

My collection with @MACcosmetics has arrived! X