Ellie Goulding doesn't ''compare'' herself to pal Taylor Swift but teased fans can expect her new album to be a ''big pop record'' having worked with one of Taylor's producers. 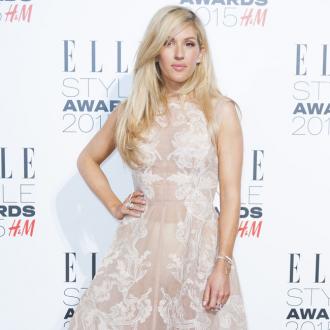 The pair have forged a friendship in recent years with Ellie even appearing in the singer's star-studded 'Bad Blood' music video, but she insists she doesn't think of her as competition and just appreciates her talents.

She explained: ''I don't compare myself to Taylor. She's on such an incredible level.

''She's excelled in pop music and is very talented.

''She's got a beautiful outlook on life and a beautiful attitude and I honestly think that kindness goes such a long way in whatever you do in any field. She's genuine.

''We get on as we both have the same sense of humour and laughing through things is the best thing you can have.''

Meanwhile, the 'On My Mind' singer is currently gearing up to release her third studio album 'Delirium' which she teased is a ''big pop record'' which she created with one of Taylor's producers Max Martin as well as a handful of other stellar hitmakers.

She told The Sun newspaper: ''I wanted this album to take me to another place and part of it was accidental. I didn't know how this album was going to end up sounding in the very beginning and as soon as I made six or seven songs it was shaping up and I thought, 'OK this is going to be a big pop record.'

''I was only meant to write one song with Max then we got on so well we were like, 'Sod it, let's just make some more songs together.'''