Ellie Goulding Denies Ever Being In A Relationship With Ed Sheeran

Ellie Goulding may have been on a ‘few dates’ with One Direction’s Niall Horan but she was never romantically involved with Ed Sheeran.

Ellie Goulding has confirmed and denied a few relationship rumours we’ve been curious to know are true or false for some time. The 28-year-old singer is currently in a relationship with McFly band member Dougie Poynter and she couldn’t be happier. However, she wanted to set the record straight when it came to her ‘relationship’ with a certain pop star. 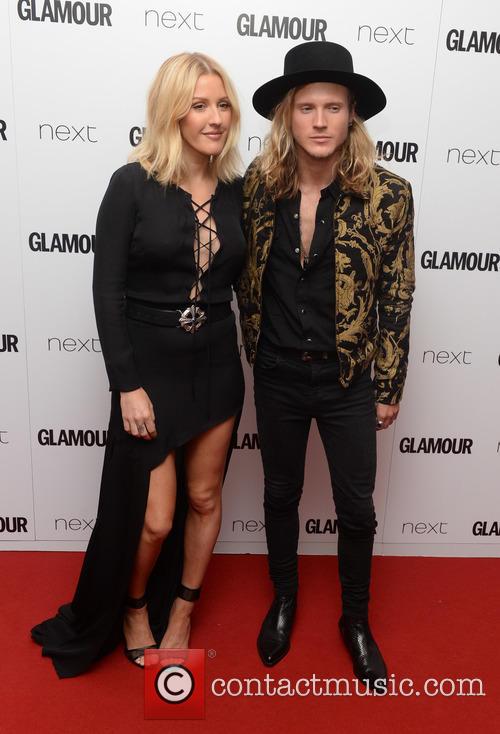 Ellie Goulding and Dougie Poynter have been dating since early this year.

Goulding, appearing on the cover of Elle UK, revealed in the accompanying interview that she had never been in a relationship with Ed Sheeran. Rumours speculating their relationship was more than platonic began after the two were spotted on camera holding hands during a music awards ceremony. Sheeran later implied the two were more than friends in a radio interview, as the Mail reports. Sheeran’s song ‘Don’t’ is supposedly about Goulding and her alleged infidelity with another pop darling, Niall Horan.

In the interview, Goulding admitted to having been on a few dates with Horan. Horan, who is a member of the boy band One Direction, and Goulding were spotted together at around the same time as her alleged relationship with Sheeran. The pair were even seen together seemingly kissing at the 2013 VMAs, the same event Goulding was snapped holding hands with Sheeran.

‘I did go on a few dates with Niall [Horan] but I was never in a relationship with Ed [Sheeran],” Goulding confirmed during the interview.

Goulding also discussed how she feels female singers are defined by their relationships and there is more curiosity surrounding their love lives than those of male artists. Indeed, it’s an opinion her close friend Taylor Swift also shares.

‘I have absolutely no idea where that came from and why it was turned into such a big thing. I find it so frustrating that female musicians are constantly defined by the men they have or haven’t dated,’ Goulding revealed.

‘It’s something I’ve talked about with Taylor a lot. She definitely feels that. She gets bothered by it. It’s like, you can be a great artist, you can write great songs, but the thing that everyone is going to talk about is some relationship they think you have had or not had. It’s definitely something we both think happens to female artists over male artists.’

Goulding is currently in a relationship with 27-year-old Poynter. The pair have been dating since the beginning of this year and it already seems like things are getting serious, Goulding even claimed Calvin Harris had already offered to perform at their hypothetical wedding!

‘He [Poynter] is definitely the one forever. He’s been through a lot, and he has a quiet depth that I love,' Goulding revealed in the interview. 'And you know what, when I was a teenager, I fancied him but I thought he was so out of my league. Way too good-looking for me. Calvin Harris has already offered to play at our wedding. Not that we’ve organised one. But the offer has been made.’

Read More: Ellie Goulding Narrowly Avoids Being Punched In The Face While Out Running.