British Pop Star Ellie Goulding Has Been Diagnosed With A Heart Condition. 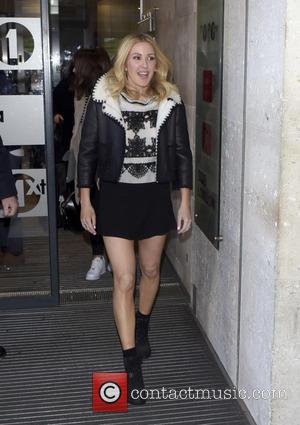 The Burn singer received the frightening news last year (14), but she has been too busy to follow it up with her doctor.

"I found out I have this heart thing and I need to get it checked out," Goulding tells Australian publication Perth Now, adding, "I'm fine, it's actually something someone discovered last year but I never got it checked out. Which is terrible, I have been playing with my life."

Ellie's year has been pretty hectic, having recorded new album Delirium, which is due for release in November (15).

She also recorded Love Me Like You Do, for the soundtrack of film Fifty Shades of Grey, and played numerous shows.

Despite her health issues, the star is still planning to head off on a European tour in early 2016.

However, one thing the fitness fanatic, who is an ambassador for sportswear brand Nike, has done is tone down is her gym routine.

"I have been very relaxed, I have been chilling and not being as militant about what I eat," she admits. "It's nice to know you actually can't go to the gym, you're not allowed."

Ellie performed at the Australian Football League (AFL) Grand Final Down Under on Saturday (03Oct15), but she was subsequently hit with accusations she lip-synced during the show.

She later went online to deny the claims, and hinted she is taking medication for an unspecified condition.

"Considering I had no voice yesterday and a sleepless night because of the meds (sic) I would say it's been a good day," she wrote in a post on Twitter.com.