The 'Lights' hitmaker was out running on Thursday morning when a stranger attempted to punch her in the face.

British chart star Ellie Goulding nearly came in for a nasty surprise when she went running. She had to employ some nifty footwork in order to avoid being punched in the face by a stranger on Thursday morning (February 23rd).

She took to Twitter to tell her fans that a man she claimed to be “off his face” tried to strike her with a “Superman punch”, but fortunately her fitness regime and physique allowed her to duck out of the way just in time. 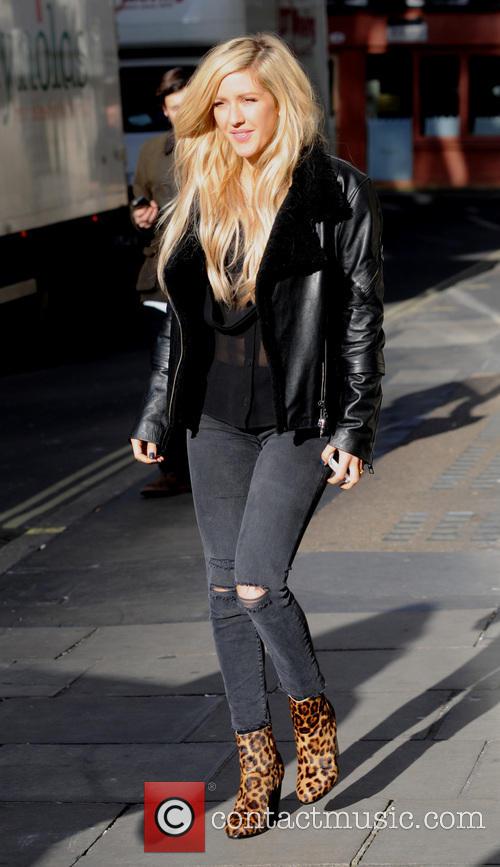 Ellie Goulding was nearly punched in the face while out running

Goulding wrote “This old guy off his face literally tried to superman punch me on my run earlier it's a good thing I'm a brick did an impressive dodge”. A “Superman punch” is, apparently, a move where a person lifts one foot off the ground at the same time as throwing their fist in order to generate more power.

She apparently considered retaliating, but “I couldn't take him out because I didn't really know what his deal was.” She had gone running in order to shake off jetlag from a recent transatlantic trip. Goulding announced earlier in February that she’s taking part in the Nike Women’s 10km race in London on June 21st.

In other news, the 28 year old singer celebrated a third consecutive week atop the British singles chart on Sunday night with ‘Love Me Like You Do’, a single recorded for the soundtrack to the blockbuster Fifty Shades of Grey movie.

The single dislodged Mark Ronson’s monster hit ‘Uptown Funk!’, which was threatening to stay at Number 1 until the Earth becomes a smoking ball of fire billions of years in the future. ‘Love Me Like You Do’ also managed the impressive feat of topping Ronson’s weekly streaming record, with 2.58 million listens last week.