Ellie Goulding, Bryan Adams And Chris Isaak Are Facing A Backlash Down Under After Organisers Of The Australian Football League's (Afl) Grand Final Shunned Local Acts And Booked International Stars For The Pre-game Entertainment. 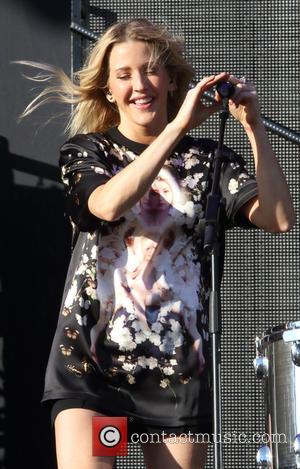 The Australian rules football game, which takes place in Melbourne on 3 October (15), is one of the country's most high-profile sporting events and members of the governing body have come under fire for hiring British pop star Goulding to perform alongside Canadian rocker Adams and American music veteran Isaak.

Members of the Music Victoria organisation, which represents musicians in the Australian state where the final will take place, have accused organisers of failing local artists by choosing international stars to headline the pre-game gig.

A statement posted on the trade body's Facebook.com page reads, "A national event in a world leading music city such as Melbourne should include at least one upcoming or established Australian artist."

A petition urging AFL bosses to ditch the star-studded line-up in favour of "homegrown" bands such as Pond, King Gizzard & The Lizard Wizard and Bad Dreems has also been set up on Change.org.

The outcry is not the first time AFL chiefs have been criticised for choosing overseas acts to headline their Grand Final - in 2014, a similar row erupted over the booking of Sir Tom Jones and Ed Sheeran, while in 2011, a performance by American star Meatloaf sparked a backlash among fans.