Calvin Harris was named Man of the Year while Ellie Goulding and Rita Ora received the Solo Artist and TV Personality awards respectively at the Glamour Women of the Year Awards. 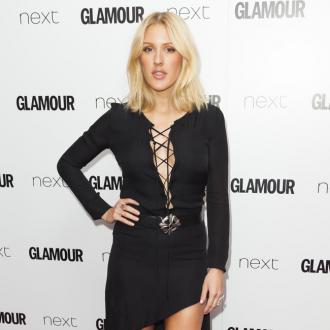 Ellie Goulding, Calvin Harris and Rita Ora were among the stars honoured at the 2015 Glamour Women of the Year Awards last night (02.06.15).

The 'Love Me Like You Do' singer received the award for Solo Artist at the annual awards ceremony hosted by TV presenter Claudia Winkleman at London's Berkeley Square Gardens and gushed about her McFly star boyfriend Dougie Poynter as she took to the stage to accept her prize.

Ellie said: ''My boyfriend is the coolest person in the world. Definitely punching above my weight.''

She also thanked Glamour magazine, adding: ''Thank you for having me on your cover as I'm a real woman.''

Calvin - who is currently dating 'Bad Blood' singer Taylor Swift - was named Man of the Year and admitted the honour was ''unexpected''.

Meanwhile, Calvin's ex-girlfriend Rita Ora was handed the TV Personality accolade for her successful first series as a coach on 'The Voice UK'.

Elsewhere Suki Waterhouse - who split from 'American Sniper' actor Bradley Cooper earlier this year - was handed the Next Breakthrough award by 'Snow White and The Huntsman' star Sam Claflin.

She said: ''I've been working really hard and want to make you guys proud!''

Man of the Year - Calvin Harris