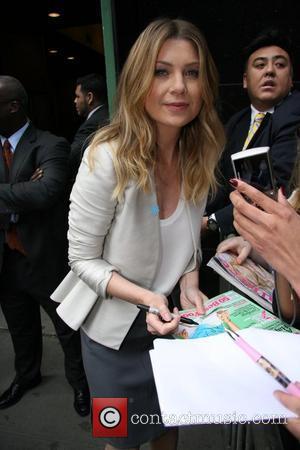 Ellen Pompeo has dealt a blow to fans of TV medical drama GREY'S ANATOMY - she's planning to exit the show in 2012.
The actress, who plays titular character Meredith Grey in the series, has revealed she's considering walking away when her contract is up in two years' time.
She tells U.S. TV news show Extra, "I think the world has had a lot of Meredith Grey... I haven't said I'm moving on; I have said that when my contract is up after season eight, I would probably not renew."