Actress Ellen Pompeo Has Suggested Daniel Craig Gets A "Reality Check" After The Actor Joked He Would Rather Kill Himself Than Portray James Bond On The Big Screen Again. 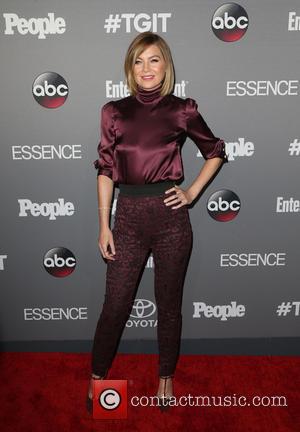 The current 007 hit headlines on Wednesday (07Oct15) after he admitted in an interview with Time Out London magazine that he was over playing the British spy - for now.

"I'd rather break this glass and slash my wrists... I'm over it at the moment," he said. "We're done. All I want to do is move on. For at least a year or two, I just don't want to think about it."

Craig drew criticism for his comments hinting at suicide, including one from the Grey's Anatomy star, who took to Twitter.com on Thursday (08Oct15) to share a link to an article with the headline, "Daniel Craig said he would rather slit his wrists than do another James Bond film".

"This dude needs a reality check," she added.

But Pompeo received her own onslaught of criticism when one fan wrote to her, "the media can embellish things," to which she agreed, "You are absolutely right! I certainly have been there."

Craig is gearing up for his fourth appearance as Bond in the upcoming installment, Spectre.