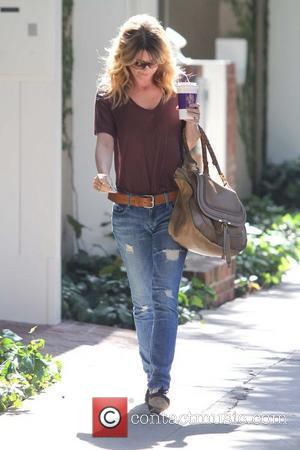 Ellen Pompeo, the American actress best known for playing 'Meredith Grey' on the medical drama 'Grey's Anatomy' could leave the show once her contract is up next year. Ellen Pompeo is rumoured to be considering an exit along with her co-star Patrick Dempsey, according to the Hollywood Reporter.
Dempsey was the first 'Grey's' star to announce his impending departure, telling Italy's Vanity Fair magazine, "I do not know what's going to happen to the other characters, but for me it's done", adding that the decision was bittersweet because "it's been a great part of my life. But I can't see me doing it anymore". The news fuelled speculation that Dempsey's co-star and on-screen wife Pompeo could also be eyeing an exit from the show as her contract is up at the same time. Dempsey's representative has since played down the remarks, telling US Magazine, "He was referring to the fact that his contract is up at the end of next season and we have no idea what the future holds". Creator Shonda Rhimes recently claimed the show would continue to adapt even if the big stars left, saying, "We're heading towards the future of the show and eventually, unless we are extremely lucky, everybody's going to go. A lot of shows don't make it because they don't know how to transition".
Ellen Pompeo signed a new contract with 'Grey's Anatomy' back in 2006, which ends in 2012. The deal reportedly increased the actress's salary to $200,000 per episode.