In 2002 Laurel was diagnosed with terminal cancer and had to fight for a change in the law so that her pension benefits would go to her civil partner Stacie Andree. This was a landmark case in marriage equality law in America.

Julianne Moore and Ellen Page play Laurel and Stacie in the film, and understood the importance of recreating real people on-screen. "You have a responsibility to that person, to become as close to them as possible," Moore says. 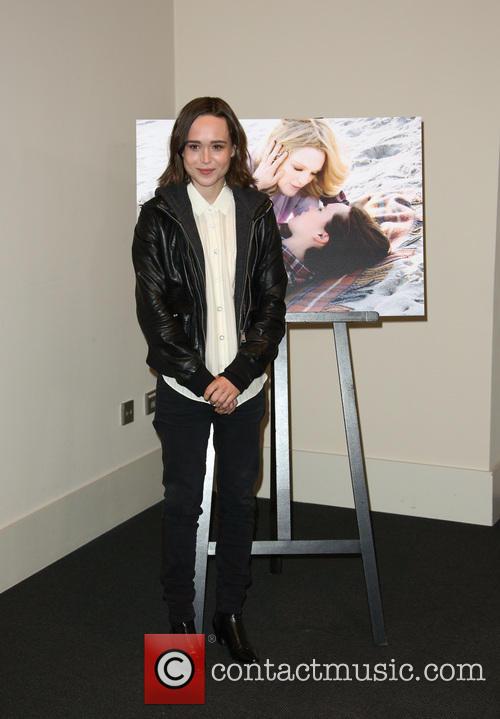 Ellen Page at the Berlin premiere

"Especially when you're telling a story about people who did something extremely courageous and brave," adds Page, "and particularly in a time of unimaginable tragedy and difficulty."

After seeing the 2007 Oscar-winning short documentary of the same name, Page worked for years to get the film made. Moore was drawn to the project because of how it brings a huge issue down to an intimate level. "It's about the ramifications of political decisions on a relationship," she says. "What does inequality mean? It means you can't keep your house."

Both Moore and Page are known for speaking passionately about important topics. "The great thing about being an actor is that it exposes you to things that you maybe wouldn't have been exposed to," Moore says. "You have the opportunity to learn and do research to really figure it out and speak to what it means to you as a person."

Page agrees that movies can help people understand each other better. "The whole reason to go to a film is to disappear into another world," she says, "and to have your humanity connect with someone else's, who you might not ever meet. I want to see gay stories, of course, because I'm gay and I want to connect to a reflection of my life on film. But I also want to see what it's like to be a young Native American or African-American."

Moore also notes the important role cinema plays in society. "I don't know if movies change culture," she says. "But we know that they reflect culture. People will sometimes say, 'This movie broke totally new ground.' You know what? The ground was actually already broken, and we made a movie about it!"

Watch the trailer for Freeheld: