Ellen Page's fans have been requesting she renames their pets after she revealed her talent on Twitter. 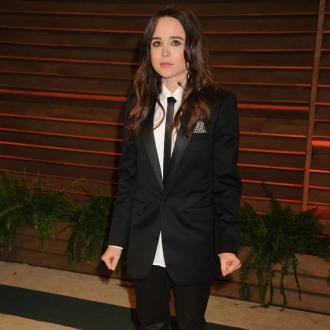 Ellen Page has been receiving requests from fans to rename their pets.

The 27-year-old actress revealed she renamed her friend's dogs to her followers on Twitters and since then she's received numerous requests asking her to do the same other people's animals.

Talking on US talk show 'The Ellen Degeneres Show', she explained: ''I think it started because I renamed a friend of mine's dogs one day when we were hanging out.''

The show's host asked: ''You just thought they were better names?''

''And then someone just sent me a picture of their dog and said rename my dog and I did. Then I got overwhelmed with pictures of dogs, hamsters, snakes and people.''

The 'X-Men: Days Of Future Past' actress also re-named Ellen's dogs, Blueberry and Pretzel, after seeing pictures of them while on the programme.

Ellen recently confessed to having a phobia of tennis balls.

She said: ''I have a phobia of tennis balls. I've always had it.Tennis comes on I have to get out of the room.''