The pair have tied the knot after less than a year of dating.

Ellen Page has announced that she is officially married to her longterm partner Emma Portner; a dancer who the actress appears to have been fascinated with since the middle of last year if her social media posts are anything to go by. 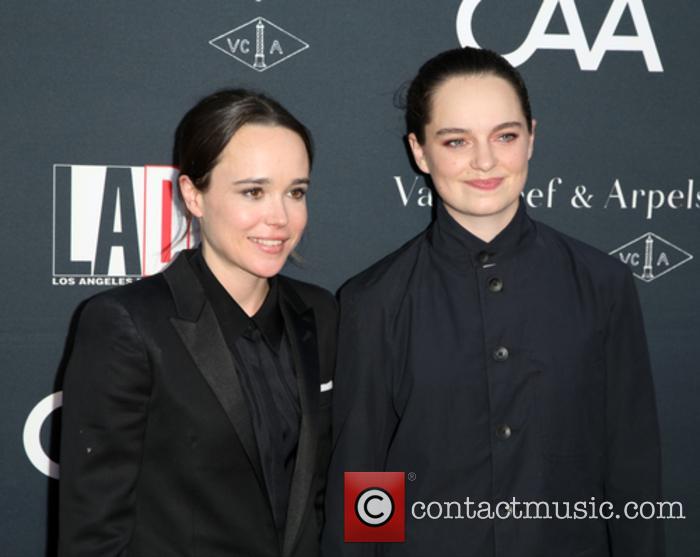 The 30-year-old 'Flatliners' star revealed the happy news on her Instagram page yesterday (January 3rd 2018), with snapshots of the girls' wedding bands and an adorable black and white of the pair kissing, as well as a candid shot of Emma herself.

'Can't believe I get to call this extraordinary woman my wife', Ellen wrote on the page, with Emma also posting the pictures and expressing a similar sentiment.

It's as yet unclear just how long the pair have been dating, though Ellen was previously in a relationship with surfer Samantha Thomas between 2015 and 2016 at least. Ellen started posting shots of her dance teacher wife Emma in the summer last year, in such a way that suggested they were dating or at least very close since June.

Apparently, they first met when Ellen sent Emma a direct message on Instagram after watching a video of hers. Since they've been dating, they've been determined to show their affection for each other in public, despite rather a lot of media attention.

'It's quite crazy', Emma told The Cut last year. 'But if anything, I'm happy for it. We try to hold hands in public. I try to join her at movie premieres. If we were a straight couple, I don't think we'd push it so much. But it's a chance for queerness to be out in the open.'

Emma is Canadian and a teacher at the Broadway Dance Center. She appeared in Justin Bieber's video 'Life Is Worth Living' and subsequently went on to perform during his Purpose World Tour. In 2012, she won Young Choreographer of the Year at the American Dance Awards, and since then she has won a number of other accolades.

Quite a few fans of Ellen have expressed surprise that she has married a woman, though they shouldn't be by now. She came out as gay extremely publicly in 2014 at a Human Rights Campaign event in Las Vegas, and the following year played an openly gay character in the romance biopic 'Freeheld' with Julianne Moore.

Last year, she spoke out against filmmaker Brett Ratner who she accused of 'outing' her when she was 18 on the set of 'X-Men: The Last Stand'. 'He looked at a woman standing next to me, ten years my senior, pointed to me and said: 'You should f**k her to make her realize she's gay'', she said in a Facebook post. Her co-star Anna Paquin confirmed the story having been present at the time.