Ellen Page Inspired To Come Out By Russian Punks

Juno Star Ellen Page Was Inspired To 'Come Out' As Gay After Watching Punk Band Pussy Riot's Lengthy Protest Against The Russian Government. 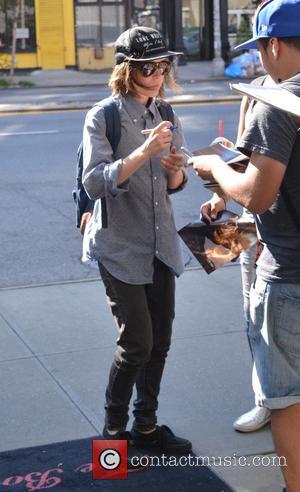 The actress revealed her sexuality in an emotional speech at the Human Rights Campaign's Time to Thrive conference in Las Vegas last year (14), and she was praised for her bravery.

She has now recalled how she decided to tell the world the truth after watching the Pussy Riot: A Punk Prayer documentary about the campaigning Russian music collective, three of whom were sent to prison in 2012 for staging a protest against President Vladimir Putin at a church in Moscow.

Page tells Time magazine, "I remember watching the Pussy Riot documentary and thinking, 'Oh my God. The courage of these people.' It's just like (I thought), 'Dude, come out - just say you're gay. You're privileged, you have a family. You have no excuse.' It kind of got to the point of - I felt guilty, to be honest with you, and I believe I absolutely should have. It's become kind of a moral imperative to speak up. I know there's been so much progress, but there's still so much suffering in America, in Canada, and all over the world."