Ellen Page Wept With Joy When Julianne Moore Signed Up To Co-star In Freeheld After Struggling For Years To Get The Real-life Gay Rights Drama Made. 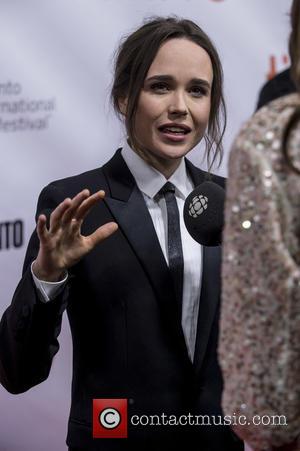 The Oscar nominee had been attached to produce and star in the project since 2008, when she was brought onboard to play Stacie Andree, the partner of New Jersey police officer Laurel Hester.

Julianne was cast as the cop early last year (14), and Ellen admits she was emotional as she realised they would finally be able to move Freeheld into production, thanks to the Still Alice actress' star power.

"When you're trying to make this movie happen and then Julianne Moore says yes to playing Laurel, I mean, you kinda know your movie's gonna get made," Ellen told U.S. breakfast show Good Morning America.

Heaping praise on Julianne, she added, "She is one of the most special people you could possibly meet. You rarely meet people who are as generous, so deeply kind, protective... I feel so grateful that she's now in my life. She's really, really an extraordinary person."

Ellen confesses she was so moved by the trailer of the 2007 documentary Freeheld, on which her movie is based, she joined the project without reading the script.

"Michael Shamberg and Stacey Sher, who are producers on the project, came to me with the documentary and I had just (been nominated for) an Oscar (for Juno), and asked me if I'd be interested in attaching myself to play Stacey," she recalled. "Before I even got my hands on the doc (sic) I watched the trailer online and I was weeping and I said yes right away."

Freeheld garnered mixed reviews from critics following its recent premiere at the Toronto International Film Festival, but Ellen is just happy to have played a part in taking Hester and Andree's story to the big screen.

"Laurel and Stacey are just incredible people who did something so crucial and so important, and they did it in a time when they were dealing with a circumstance that's unimaginable," she continued. "As an actor, I just so wanted to be a part of telling their story and I feel grateful that I got to do that."

Working on the movie was made all the more poignant for Ellen as she decided to 'come out' as a lesbian just months before cameras started rolling. She made her red carpet debut with her girlfriend Samantha Thomas at the film's TIFF premiere.