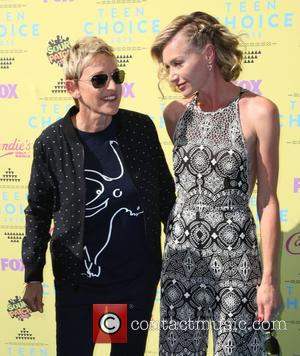 The best-selling writer's death was confirmed by his family in a post on Facebook which reads, "Wayne has left his body, passing away through the night. He always said he couldn't wait for this next adventure to begin and had no fear of dying.

"Our hearts are broken, but we smile to think of how much our scurvy elephant will enjoy the other side. We love you forever Dad/Wayne."

Comedienne Ellen Degeneres paid tribute to Dyer on Twitter, posting a photo from her 2008 wedding to Portia De Rossi which was officiated by the author, writing, "The world has lost an incredible man. Wayne Dyer officiated our wedding & was an inspiration to so many. Sending love."

De Rossi added, "Wayne will be greatly missed by those who were fortunate enough to know him but his teachings will live on forever."

Dyer wrote more than 25 books, including his 1976 debut Your Erroneous Zones, which sold more than 35 million copies.