Edgar Martirosyan, the pizza delivery guy from Sunday's Oscars, received the biggest tip of his career after appearing on 'The Ellen Degeneres Show', the day after the award ceremony. 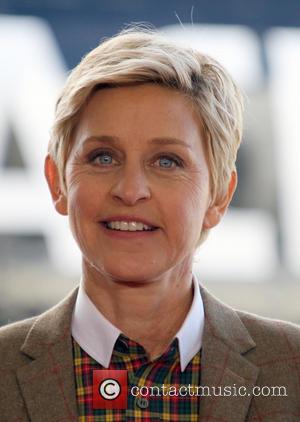 Ellen Degeneres is fresh off emceeing the 86th annual Academy-Awards.

But when the 56 year-old returned to her usual hosting duties on her daytime talk-show, she brought some of the ceremony's winners with her...including the pizza delivery guy!

Edgar Martirosyan, the owner of Big Mama's and Papa's Pizzeria in West Hollywood, just thought his next job was a normal Sunday night drop-off, but little did he know the customer would be an array of Hollywood's biggest stars.

And not to forget, the unsuspecting Russian native was all of a sudden being watched by millions of viewers around the world.

Mr. Martirosyan appeared on 'The Ellen DeGeneres Show' on Monday (March 3rd), to discuss is moment in the spotlight.

"You thought you were going to bring them (the pizzas) to some producers? What did they tell you?" asked DeGeneres.

"Yeah, they told me I'm just going to deliver for writers and then when I was there they just told me wait here and you came out," said Martirosyan. "You said I'm going to let you know when to follow me and I was like, we're we going, you said just follow me and I'm going then I'm on a stage. I was in shock."

Edgar also spoke with the NY Daily News on Monday, and told the newspaper since featuring in the Oscars, business has dramatically improved.

Watch Edgar's appearance on 'The Ellen DeGeneres Show' below