Ellen Degeneres admits "I thought it would crash," when referring to the star-studded Oscar 'selfie' that made Twitter malfunction, after breaking the all time record for re-tweets. 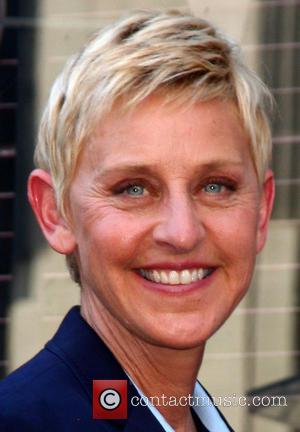 Ellen Degeneres' role as the host of the 86th annual Academy-Awards had few highlights, but one of them was the 'selfie' that crashed twitter.

During the show's live broadcast, the 56 year-old managed to attract some of the world's biggest acting stars for an impromptu snap.

It immediately began doing the rounds on social media around the world, and within half-an-hour, the pic had broken the record for most retweets, set by the famous Barack and Michelle Obama "Four more years" shot.

After gathering more momentum throughout the ceremony, the uploaded 'selfie' caused Twitter to shut down, and Ellen quickly told the audience, "We crashed Twitter."

But apparently this was expected to happen all-along.

"I thought it would crash," DeGeneres told E!News at the Governors Ball. "But I didn't know everyone would do it."

She added, "What's funny is that Lupita's brother is the most prominent. And then Jared came running over to be in it. And Angie got it in. I didn't expect all that."

The gossip site also caught up with Lupita Nyong'o after the show, and she spoke about her brother photo-bombing the star-studded 'selfie'. "I think that's his win for sure," she said. "He got into the most famous selfie in the world. I'm glad I could have facilitated that."

According to The Wall Street Journal, the stunt was part of a ploy to plug Samsung smartphones, especially the Galaxy Note 3, as Samsung Electronics Co collaborated with ABC for the devices to be integrated into the ceremony somehow.