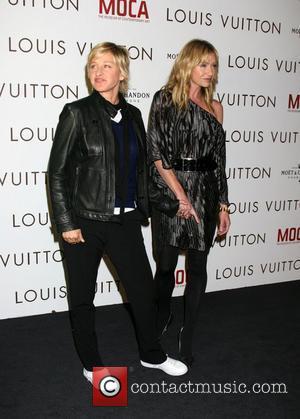 Celebrated British hypnotist PAUL MCKENNA brought US comedienne-turned-chat show host Ellen Degeneres to tears when he attempted to use his mindbending powers to help her kick a longstanding smoking habit. DeGeneres asked MCKenna to help her quit cigarettes when he agreed to appear on a recent taping of her hit daytime show, and she was floored by his hypnosis. Admitting that she didn't "look like somebody who should smoke," DeGeneres told her audience on yesterday's (16OCT06), "I work out and I'm very healthy and I like to think I'm a very intelligent person." She added, "My mother had breast cancer. I, of all people, should not smoke... I quit before and then I found an easy way to start again - I picked one up." The comic confessed that she has a "responsibility" as the host of a TV show, explaining she gets letters from sick young fans and she feels like she should be "a role model." But efforts to kick smoking for good have been futile and she asked MCKenna to help. The Brit sat down with the TV star and put her in a trance and left her sobbing as she remembered smoking cigarettes at social events. He helped her conquer her nicotine addiction by suggesting to a hypnotised DeGeneres that cigarettes tasted like spicy liquorice coated with hair from the floor of a barber shop. MCKenna told the sleeping host, "You're a non-smoker, you've quit smoking. Whenever anybody offers you a cigarette in future, you'll say, 'No thanks, I don't smoke.'" A grateful DeGeneres, who admitted to going three days without even thinking about smoking, told the hypnotist, "You've helped me tremendously and probably saved my life, definitely changed my life." MCKenna doubled up on the show by helping actress Amber Tamblyn overcome her fear of spiders.