DeGeneres invited Megyn Kelly onto her show this week, and they discussed Donald Trump.

Ellen Degeneres has admitted that she would never Donald Trump to be a guest on her daytime talk show – because she believes that the controversial president represents a threat to the country, and to her personally.

The 59 year old chat show host Ellen had NBC’s Megyn Kelly – who was infamously a target of Trump’s presidential campaign last year – on her show on Wednesday (September 20th). She asked Kelly whether she would ever consider having Trump as a guest on her new morning show, ‘Megyn Kelly Today’, which launches next Monday.

“Definitely,” Kelly responded. “I mean, I would not say no to the sitting president of the United States.”

When Kelly asked the same question back, however, she got a very different response from DeGeneres. 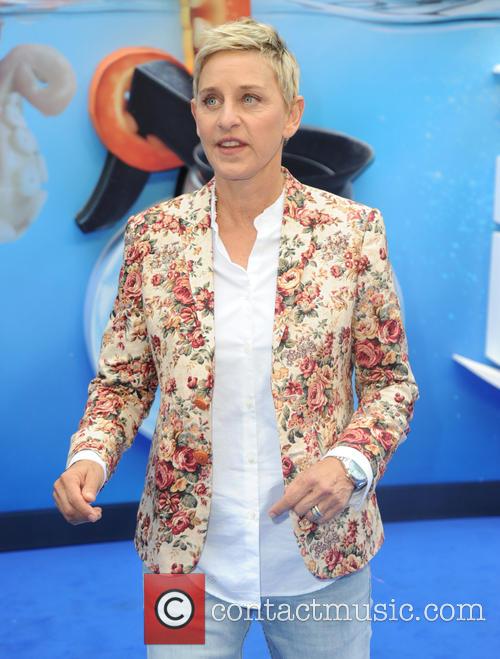 Ellen DeGeneres would refuse to have Donald Trump on her show

“There’s nothing I’m going to say to him that’s gonna change him and I don’t want to give him a platform because it just… validates him,” said the openly gay comedian. “And I can’t have someone that I feel is not only dangerous for the country and for me personally as a gay woman, but to the world.”

More: Candice Bergen reveals what a first date with Donald Trump is like

She decried Trump’s administration for “dividing all of us” and reiterated, to whoops of approval from the studio audience: “I don’t want him on the show.”

Kelly also went into why she stood down from her Fox News gig earlier this year. Trump, in 2015 on the campaign trail, accused her of going too hard on him, calling for a boycott of her shows.

“It wasn’t until I got my job in primetime that the coverage became all political. I was never a political person. I wasn’t raised in a political household. It became clear to me that it wasn’t what I wanted to do. That’s not who I am,” Kelly said.

“Donald Trump has a way of clarifying one’s life choices and that was true in my case, too. Just as I was wondering whether this was where I wanted to be and how I wanted to live, the universe came and shown a light and it was clear to me what I wanted to do.”

More: So this is what Kim Kardashian really thinks about Donald Trump