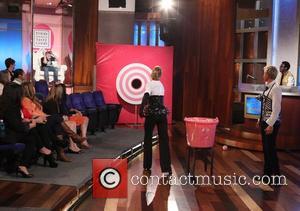 Gay comedienne and chat show host Ellen Degeneres took a moment to acknowledge Madonna for her support when the Music hitmaker recently appeared on her daily show, revealing the pop star was one of her biggest celebrity fans when she took a risk and came out during a 1997 episode of her sitcom.

Neither had publicly spoken about the telephone conversation they had after word spread that DeGeneres was a lesbian until Madonna recently taped an appearance on DeGeneres' show.

Ellen said, "Before it was really official I was coming out... it was a big, huge topic... and I'd never had that much media attention; it was really scary for me... and Madonna called me outta the blue; we had never met.

"You said some really amazing things that I won't share because they were very personal about, like, holding on to this ride."

DeGeneres revealed the pop star also sent her a quote from dancer Martha Graham that inspired her to hold her head up high after the gay reveal hit the headlines.

She told Madonna, "It meant the world to me."