Wow, comedians sure do have to watch what they say these days. A woman from Georgia has filed a lawsuit against Ellen Degeneres for pronouncing her unusual name in a none too flattering way on her show back in February 2016, during a segment entitled 'What's Wrong With These Signs?'. 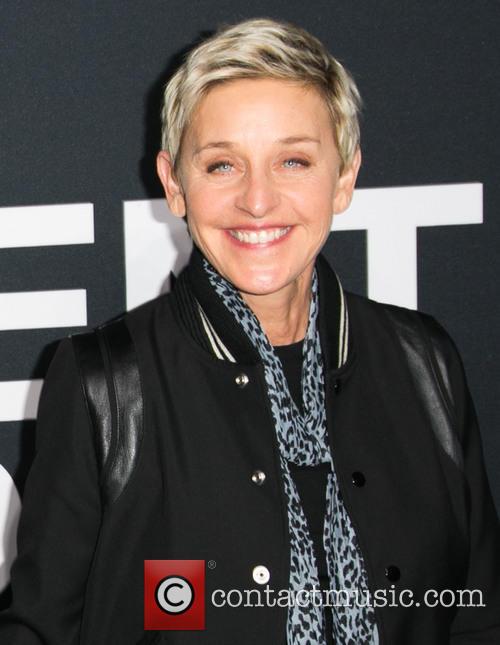 Ellen DeGeneres is being sued for making fun of Titi Pierce

That week it was all about breast jokes, making fun of a care home named Nipple Convalescent Home, for example, and a real estate broker named Titi Pierce after photos of their awkward signposts were sent in by amused viewers. The real estate signpost which Titi headlined was submitted by a woman called Kimberley Jones from Warner Robins, Georgia.

'My husband saw this sign and thought your viewers would enjoy the name of this realtor - Titi Pierce', Ellen DeGeneres read from her cue-card to raucous laughter from the audience. 'Ahh, Titi Pierce. Sounds like she might have spent some time in the Nipple Home, I don't know.'

The problem lay in the way she pronounced the first name; apparently it's 'Tee-tee' not... well, you know. And Ellen DeGeneres was just supposed to know that. If it were us, we'd be happy for the extra publicity, even if it did mean laughing off a whole load of boob jokes forever more. Surely the extra revenue would be worth it, right? Titi doesn't think so.

She claims in her lawsuit obtained by KSHB that her name has never been pronounced this way 'in all of her 35 years of life' and even after she reached out to the producers of the show back in February to inform them of her worries, they still re-aired the segment in April. Her main concern was that her 'personal cell phone number' was not blurred out in the TV airings, though it was eventually pixellated in online videos.

It was too little too late, however. After they'd initially displayed her phone number (which can easily have been tracked down on the internet anyway), she claims, she 'began receiving ridiculing and harassing telephone calls' while attending the funeral of a family member, which 'continued at all hours of the day and night'. She also claims to have been mocked in the streets of Georgia.

'Ms. Pierce has suffered stress, emotional distress, embarrassment, humiliation, anger and other mental pain and suffering', the lawsuit says. As a result of this, she is now suing for an unspecified amount for false light invasion of privacy, misappropriation of likeness, defamation and intentional infliction of emotional distress.