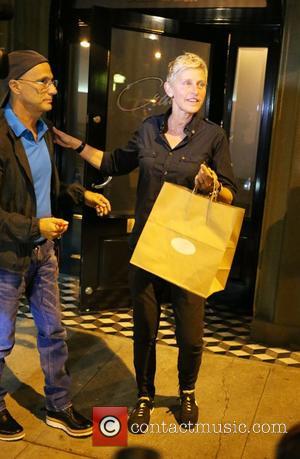 Ellen Degeneres and her wife Portia De Rossi have made an easy $1 million (£625,000) on the mansion they bought from Brad Pitt at the beginning of 2012.
The couple has sold the estate for $13 million (£8.1 million) - $1 million more than they paid for it seven months ago, according to TheRealEstalker.com.
The property features views of the Pacific Ocean, a pool, two separate houses and a private beach.
Pitt bought the bachelor pad for $4.8 million (£3 million) in 2005 following his divorce from Jennifer Aniston.