Ellen Degeneres has quit 'American Idol' after just one season, and Kara DioGuardi has reportedly been sacked - meaning the judging panel faces a complete turnover. 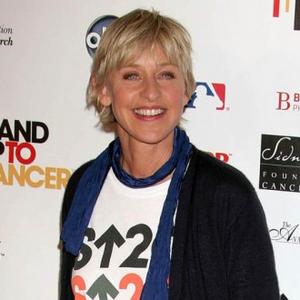 Ellen Degeneres has quit 'American Idol', while Kara DioGuardi has reportedly been sacked.

The talk show host decided to quit her judging role after just one season because it wasn't the "right fit" for her, while the pretty songwriter is said to have been asked to leave as part of a shakeup of the programme following head judge Simon Cowell's departure.

Explaining her departure in a statement, Ellen said: "A couple months ago, I let FOX and the 'American Idol' producers know that this didn't feel like the right fit for me. I told them I wouldn't leave them in a bind and that I would hold off on doing anything until they were able to figure out where they wanted to take the panel next. It was a difficult decision to make, but my work schedule became more than I bargained for.

"I also realised this season that while I love discovering, supporting and nurturing young talent, it was hard for me to judge people and sometimes hurt their feelings. I loved the experience working on Idol and I am very grateful for the year I had, I am a huge fan of the show and will continue to be."

The website states: "Sources connected with the 'American Idol' negotiations tell TMZ Kara DioGuardi has judged her last contestant on 'American Idol' - because she's been fired.

"We're told the show will be going back to a three-judge format and assuming all deals are finalised, the judge's panel will consist of Randy Jackson, Jennifer Lopez and Steven Tyler.

"We're told the only way Kara could get a reprieve is if the J-Lo deal falls apart - but we're told that deal is done."

Singer-and-actress Jennifer has reportedly been in talks with show boss Simon Fuller for several weeks.